At the core of these compositions is processed electric guitar. Ranging from melodic wandering and riffs to percussive arpeggios and tonal drones, the guitar is often altered sonically to change its usual pitch and range to produce processed sounds akin to electronic music. Aside the guitar, synthesisers layer and shift forming an atmospheric surround that takes influence from ambient, electro and soundtrack music to produce a record rich in dynamic variety, from smooth, floating backgrounds washed in reverb, to abrupt dissonance and crackling feedback. The record forges a balanced path between intimate guitar work to expansive soundscapes. The writing for Strays started last year during a residency in Alvik, a remote snow covered industrial town to the east of Bergen in the mountainous Fjord´s of Norway. It was later developed and completed in bustling Hackney, London during 2015. 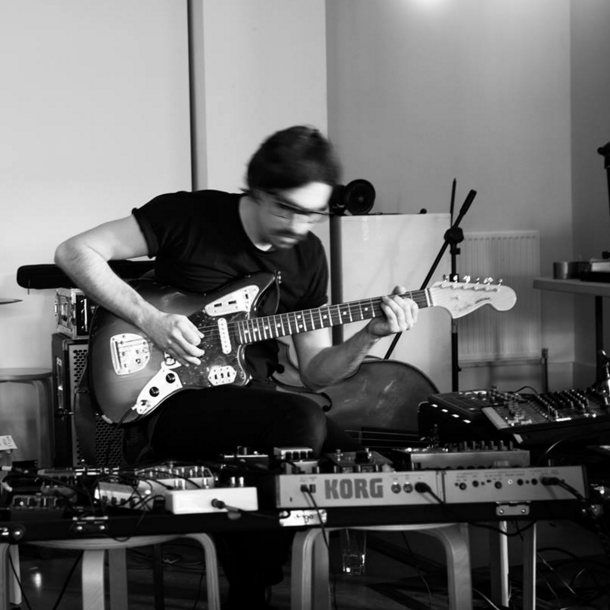